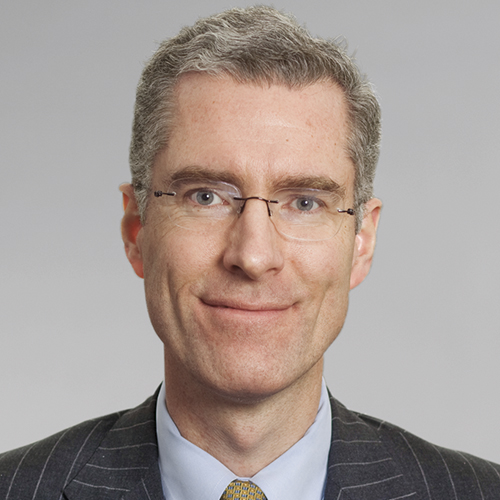 John Goggins is Executive Vice President and General Counsel of Moody’s Corporation. In this role, Mr. Goggins is primarily responsible for providing legal advice to senior management and managing the provision of legal services by a team of inhouse lawyers and outside counsel. His team deals with all legal issues, including contract negotiation, intellectual property, employee matters, litigation and compliance with local laws.

Mr. Goggins joined the firm in 1999 as Vice President and Associate General Counsel. Previously, he served as Counsel for Dow Jones & Company from 1995 to 1999 during which he was responsible for SEC compliance, corporate finance, executive compensation, investor relations, and negotiating acquisitions, depositions and joint ventures.

Mr. Goggins was an Associate with Cadwalader, Wickersham & Taft from 1985 to 1995 where he worked on mergers and acquisitions.

Mr. Goggins holds a J.D. from the University of Chicago and a B.A. in economics and history from Amherst College. He is a member of the New York State Bar.